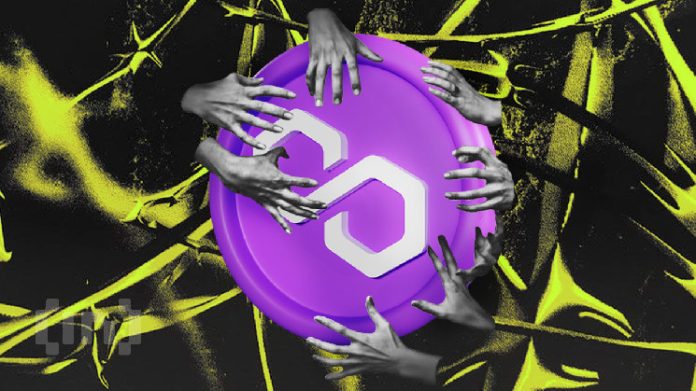 The Polygon (MATIC) price broke out from a short-term channel but failed to move above the $1.04 resistance area. Doing so is crucial for the future trend.

There was some Polygon news last week. Firstly, Polygon performed the Delhi hard fork on Jan. 17, upgrading its proof-of-stake consensus in order to improve its performance. One of the most important changes will be decreasing the rate of change for the base gas fee from 12.50% to 6.25%.

Next, Polygon announced that it was partnering with BitGo to allow holders to earn rewards by staking MATIC, the native token of the Polygon network.

On July 22, MATIC price reclaimed the $0.77 horizontal area, capping an upward movement that began in June. Afterward, it bounced above it twice (green icons), creating higher lows in the price. The Polygon price has increased since the second bounce in Dec.

Technical indicator readings from the weekly time frame are bullish. This is visible in the weekly RSI. The indicator broke out from a descending resistance line (black) and then moved above 50. These are both considered signs of a bullish trend.

When combined with the price action, they support the increase toward the next resistance area at $1.38. A weekly close below $0.77 would invalidate this bullish price analysis.

The technical analysis from the short-term six-hour chart also provides a mixed outlook. On the bullish side, the price broke out from a descending parallel channel and validated it as support.

On the bearish side, the digital asset is struggling to move above the $1.04 resistance, created by the 0.5 Fib retracement resistance level. Furthermore, the six-hour RSI has generated bearish divergence.

Therefore, if the MATIC token price breaks out above the $1.04 resistance area, it would be expected to increase to $1.15. On the other hand, if it gets rejected and falls back inside the channel, a re-test of the $0.77 support area would be on the cards.

To conclude, whether the Polygon price successfully breaks out from the $1.04 resistance area could determine the future trend’s direction. A breakout could lead to highs near $1.15, while a rejection could lead to a re-test of the $0.77 support area.

Share
Facebook
Twitter
Pinterest
WhatsApp
Previous article
Short Squeeze or Temporary Decline, What’s Next for XRP? (Ripple Price Analysis)
Next article
India Has Clamped Down on Crypto. What Will It Do With Its G-20 Power?
RELATED ARTICLES
Analytics