HomeNewsAnalyticsDogecoin (DOGE) Could Be on the Verge of a Big Breakout, According...
NewsAnalytics

Dogecoin (DOGE) Could Be on the Verge of a Big Breakout, According to Popular Crypto Strategists 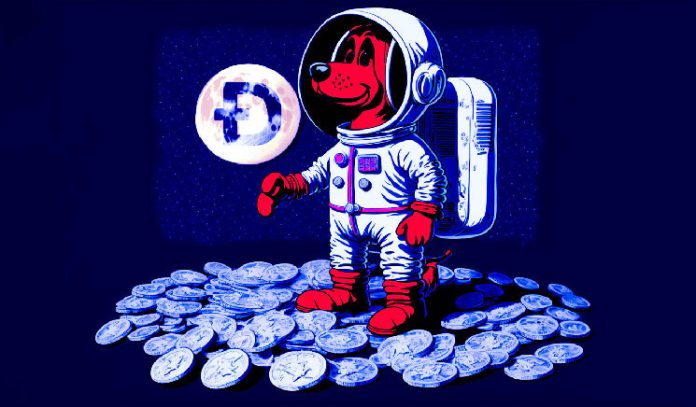 A pair of popular crypto strategists think that top meme coin Dogecoin (DOGE) could be gearing up for a big breakout.

Pseudonymous analyst Rekt tells their 333,800 Twitter followers that the Shiba Inu (SHIB) rival is testing the diagonal resistance of a bullish reversal structure on the weekly chart.

“DOGE is now testing the top of the falling wedge, trying to challenge for a breakout.” 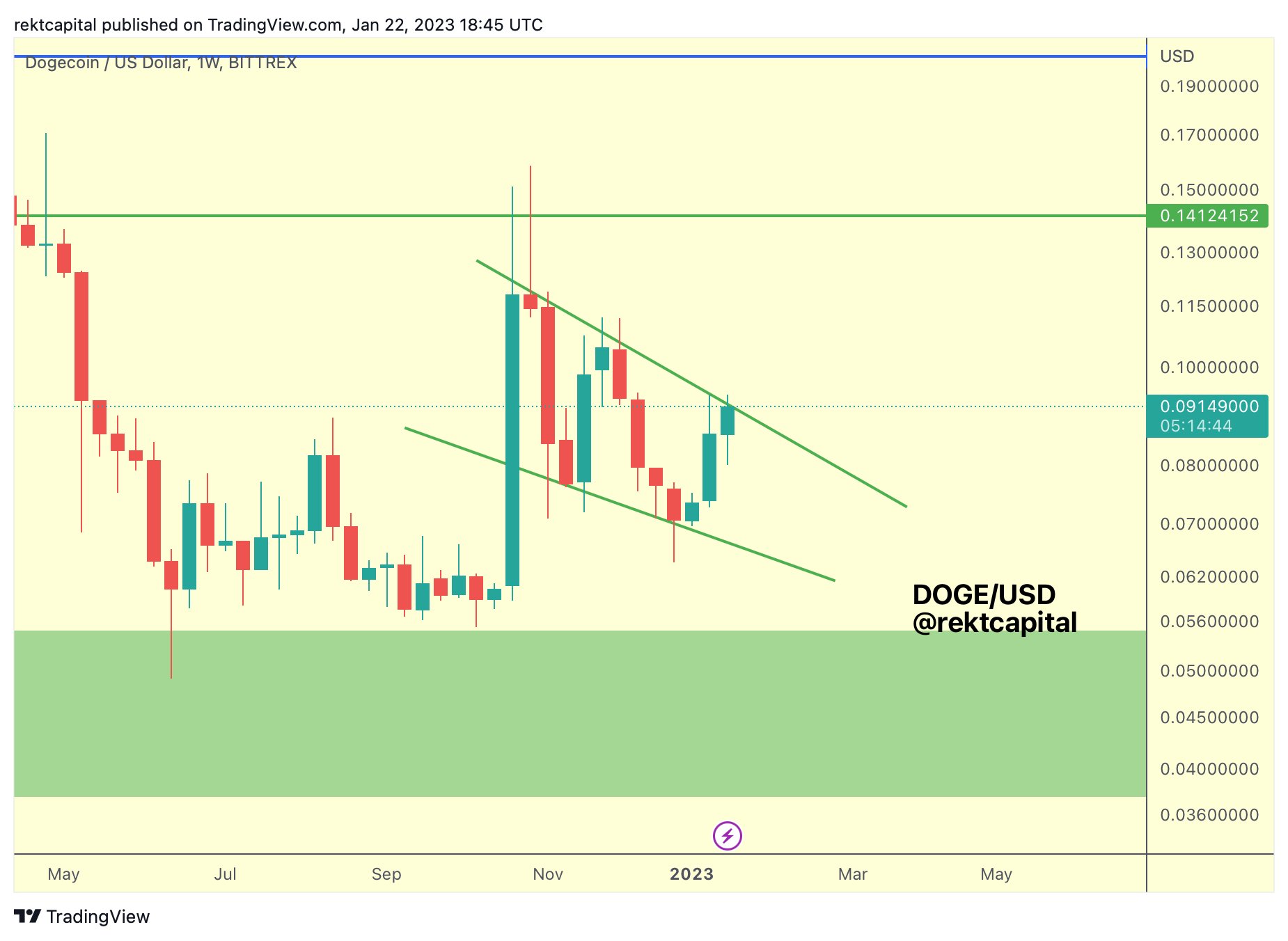 Looking at the trader’s chart, it appears that Dogecoin must take out its resistance at $0.090 to trigger a breakout rally.

Another crypto strategist also believes that a breakout could be in the works for Dogecoin. Pseudonymous analyst Rager tells their 203,300 Twitter followers that DOGE is testing the upper bound of his accumulation range.

“One chart I’m watching and have slowly accumulated. Just like the current setup and don’t like being late.

DOGE had a great reaction. Nice move up, but the Bitcoin pullback has it back prior to breakout.

Will watch patiently here, if BTC moves back up.” 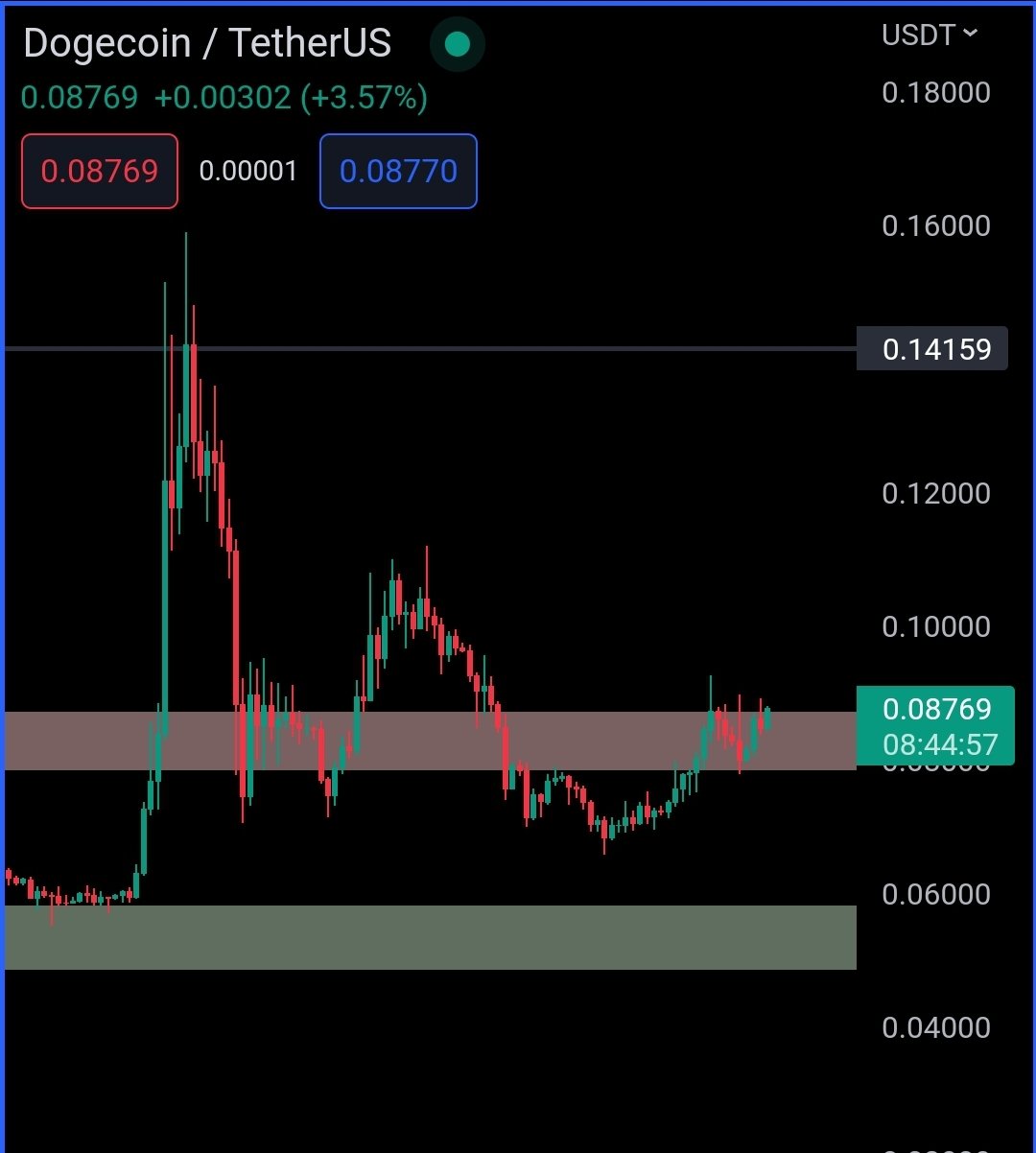 Based on the trader’s chart, Dogecoin is now trading above an accumulation zone, with DOGE switching hands at $0.089. The ninth-largest crypto asset is up about 26% this year. However, it remains down over 87% from its all-time high, which it hit in May 2021.