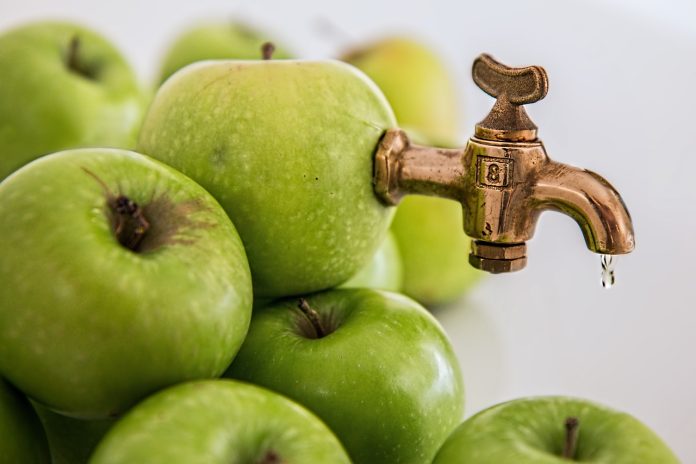 Crypto faucets are a way to get cryptocurrency that is rarely talked about. This is in addition to the usual ways of buying and trading cryptocurrency.

Yes, it is both legal and safe. Regarding bitcoin faucets, keep your expectations low because this is not one of those get-rich-quick schemes. Digital currencies are often in the news these days, and Bitcoin is as popular as ever with more than 19 million in circulation.

What Exactly Are Bitcoin Faucets?

Websites and apps that allow users to earn small amounts of cryptocurrency in exchange for completing simple tasks are known as cryptocurrency faucets or bitcoin faucets.

Earning money through bitcoin faucets works in a similar way. It’s called a faucet because the rewards users receive are small, like water droplets leaking from a faucet.

You will be required to complete the following tasks:

Even if these activities appear overly simple, keep in mind that accumulating a significant amount of cryptocurrency with bitcoin faucets may take some time. The rewards are proportional to the difficulty of the task; the smaller the reward, the easier the task, and vice versa.

Users will be rewarded with a satoshi, the smallest unit of bitcoin currency. 1 BTC is equivalent to 100 million satoshis, so if you want to earn more bitcoins, simply complete more tasks.

How Do Bitcoin Faucets Work?

The faucet owner places advertisements on the website in the form of movies or banners. After that, the faucet is promoted by posting links to it on forums, blogs, and other similar websites.

Users will then visit these sites and complete the tasks that have been assigned to them. After completing the tasks, you will be rewarded with satoshis. Depending on the site, you may need to accumulate a certain number of satoshis before proceeding with the withdrawal.

What to Look for in Bitcoin Faucets

Before you dive into the first Bitcoin faucet you come across, keep these few things in mind to find one that best suits your needs.

Amount of Withdrawal
The majority of commonly used Bitcoin faucets will not allow withdrawals unless a minimum threshold amount is met. The standard threshold is 10,000 satoshis (around USD5 or 0.0001BTC)

Method of Withdrawal
Your earnings will be credited to a digital wallet, so prepare a bitcoin wallet before participating in any faucets.

Fee for Referral
Use the referral program provided by these sites to earn some extra coins. Take this into account when selecting a faucet.

Which Are the Top Bitcoin Faucets?

Cointiply
Contiply sees itself as a supercharged Bitcoin faucet, and it is one of the highest-paying faucets, with potential earnings of 200 satoshis per hour.

After registering and signing into your account, you will be rewarded with a loyalty bonus and the ability to earn additional rewards by leveling up after meeting the task completion benchmarks.

This website has an exciting feature in which you can earn 5% interest on your balance after collecting 35,000 coins. Their referral program pays users 25% of any faucet claims made by referrals and 10% of offer profits.

Contiply is an app (Only available on Android for now)

Free Bitcoin is a game-centric cryptocurrency faucet where you can earn satoshis by playing various games. Every hour, there is a roulette game where users can try to win up to USD200 in Bitcoin.

In terms of their referral program, you will receive 50% of any winnings made by your referrals, as well as free lottery tickets each time they play.

Earn any of the 12 cryptocurrencies available on Fire Faucet by completing various tasks such as watching videos, responding to surveys, and so on.

On this site, a reward system is in place, and you are rewarded based on your level of activity. You will be able to rank higher as your frequency of site visitation and usage increases, and Fire Faucet rewards the top 20 users with additional rewards.

The minimum withdrawal amount is USD10.

You can earn coins on Faucet Crypto by performing tasks such as watching advertisements and playing role-playing games (RPG) where you can level up and increase your winnings.

Their referral program pays you 20% of all referral earnings.

Bitcoin, Ethereum, Dogecoin, Litecoin, Dash, Tron, Nano, and other cryptocurrencies are available. There are up to 20 coins available!

The withdrawal amount is 500 coins.

Faucetpay.io is the withdrawal method.

Bitcoin Aliens pays users in Bitcoin Cash, Bitcoin, and Litecoin for playing games on their app.

One thing to keep in mind is that the app makes money by collecting data while you play games on your device.

Bitcoin, Bitcoin Cash, and Litecoin are all cryptocurrency options.

In the early days, many people took advantage of traditional bitcoin faucets. Because Bitcoin was relatively unknown in 2010, it is commonly assumed that only a few people did this.

As Bitcoin became more popular, crypto faucets were forced to limit the rewards given out in order to keep up with the rising price of bitcoin.

All bitcoin faucets are extremely profitable when used wisely. This is most likely the most straightforward and cost-effective way to earn free bitcoins per hour online.

Cryptocurrency faucets may be useful in supplementing your income.

However, there are no opportunities for you to become wealthy.

The rewards are small, and it will take time to accumulate a large amount of coins.

Spend some time browsing the websites that meet your criteria, and look into some of the other currency alternatives to see if your extra profits are worth more than bitcoin’s soaring value.

How to Get Started with Cryptocurrency Investing

How to Get Started with Cryptocurrency Investing